Language: English
US Realty Pros
For All Things Real Estate in San Antonio

Another great month to end a great year according to the latest release from the San Antonio Board of Realtors. Records were broken, sales prices are up and the new year began with promise!

Median and Average prices were up six and seven percent respectively over 2014. The average price per square foot increased 5% to $106 since 2014.

“We continue to see more and more people getting into the housing market, whether they are buying or selling, and with homes at affordable prices all around the city and surrounding areas, there really is something for everyone in this market,” said Bob Jacobs, SABOR’s 2016 Chairman of the Board. “In fact, while the majority of homes sold are still below $200,000, we have seen a gradual shift in more homes being sold in the range between $200,000 and $500,000.” 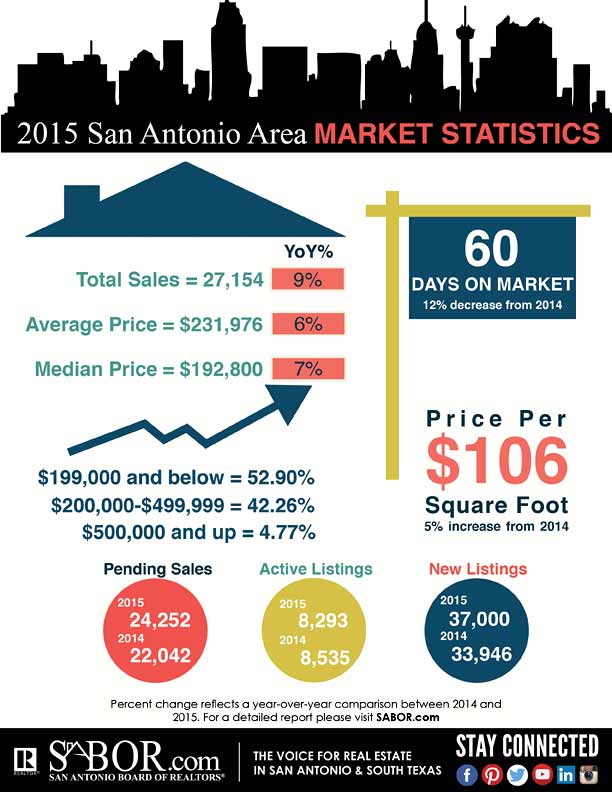